What is a Potluck? 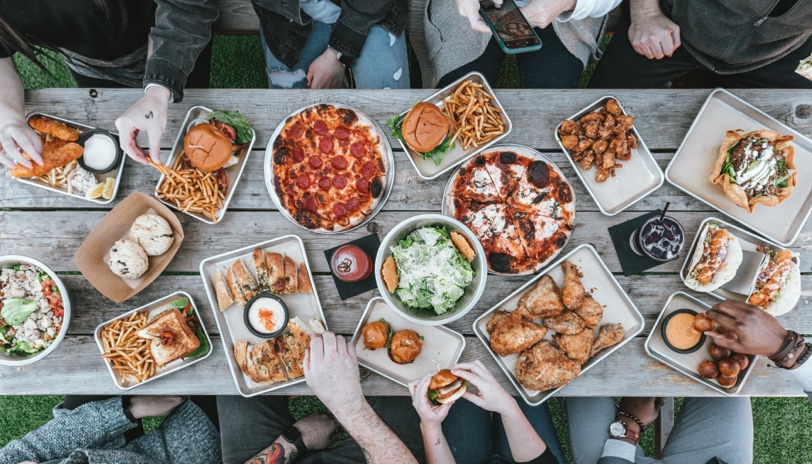 Thinking about throwing a party but not sure where to start? Revisit a time-honored tradition and opt for a potluck! Arguably the easiest type of party to throw, a potluck gives you the chance to gather a group of loved ones for a special occasion, with each individual contributing a special dish or item for everyone to share.

What Makes a Potluck?

The Origin of the Potluck

The term “potluck” is believed to date back to the 16th century, when Thomas Nashe wrote in his stage drama Summer’s Last Will and Testament: “A good fellow is a good fellow, though he have never a penny in his purse. We had but even a pot-luck, a little to moisten our lips, and no more.”

As far back as the 1500s, men and women were known to save their leftover food should an unexpected guest arrive at their door. Excess food would be stored in a pot and kept warm in order to serve a guest on short notice. That guest was left to the “luck of the pot” should he or she seek something to eat. The practice was particularly common in medieval times.

History dates the modern version of the potluck back to the 1930s during the Great Depression, when food was scarce and rationed as a result. To experience more variety in one’s diet, communities would gather together and hold a potluck in order to enjoy the different types of food in each other’s pantry.

Over time, the term “potluck” has taken on other names as well, including: Jacob’s Supper, Faith Supper, Dish Party, Shared Lunch, Pitch-In or Fellowship Meal.

Fast-forward to today, and the potluck is a commonly used term to describe any party in which a guest might ask, “Hey what should I bring?” A potluck most often revolves around a communal meal in which each attendee provides his or her own special dish for the group to share.

Food has long been a defining characteristic of culture. In today’s society, what you eat – whether you’re a vegan, pescatarian, gluten-free or a meat lover – is, in a way, a defining characteristic of who you are and a way to connect to someone similar. A potluck gives you the chance to show off your favorite type of food, a dish you’re especially skilled at making or provides you with the challenge of learning how to prepare an entirely new type of cuisine.

Potluck parties also simplify the meal-planning process and distribute the cost and work of throwing a party among those attending. The only traditional rule of a potluck is that each dish be large enough to share among a good portion of the guests. Often, each guest agrees to bring a single course, from an appetizer to a main entree or dessert, to pitch in toward a larger multi-course meal.

Get Even More Creative with Your Potluck Party

In recent times, the potluck has grown into more than just a meal prepared by the people who attend. Today, potluck parties involve special themes, decor and fun games for all to play.

You don’t have to bring something edible to contribute to the party. A potluck is any type of gathering where a guest would ask, “Hey, what should I bring?” It could be paper plates, cutlery, a fun activity like cornhole, board games, pool inflatables, sunscreen or charcoal for the grill. If it’s a joint effort to put the party together, it’s a potluck!

If you’re looking to spice up your everyday potluck, consider hosting one that revolves around a holiday, such as Fourth of July or St. Patrick’s Day. Or, you could pick a favorite TV show and host a potluck watch party to bring everyone together to share not only your favorite types of food, but also your favorite television series!

The best part of all: A potluck is an easy excuse to gather family, friends, coworkers or neighbors without breaking the bank.

Now that you know exactly what a potluck is, it’s time to pick a date and start organizing! You can use our Potluck Planning App to make it super simple!